The Rhino was a commission by Birmingham Southside and Birmingham LGBT. The Rhino is a permanent sculpture marking the gateway to the Gay Village area. It was installed on the Wynmer building in Birmingham in June 2012 by artists Robbie Coleman, Em Butler and Vik Litton. A rhino was the symbol of the gay rights movement in the US and rhinestones used reflect the history of the Southside of Birmingham as a jewellery quarter.
Commission Southside Bid and Birmingham LGBT Trust 2012 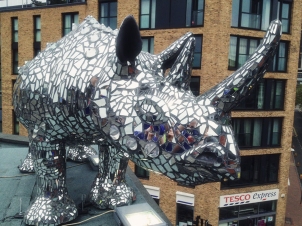 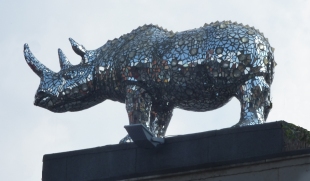 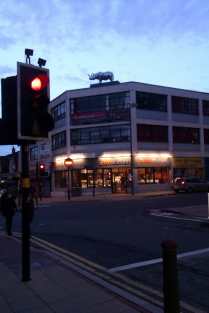 The Heart of the Rhino

The Heart of the Rhino was a companion project by Jo Hodges. Messages, photos, music and video were collected from the LGBTQ community and put together in a heart which is sealed inside the Rhino.

Jo Hodges is a multidisciplinary public artist based in Dumfries and Galloway, Scotland.
Jo has a background in Human Ecology, community development and social justice.