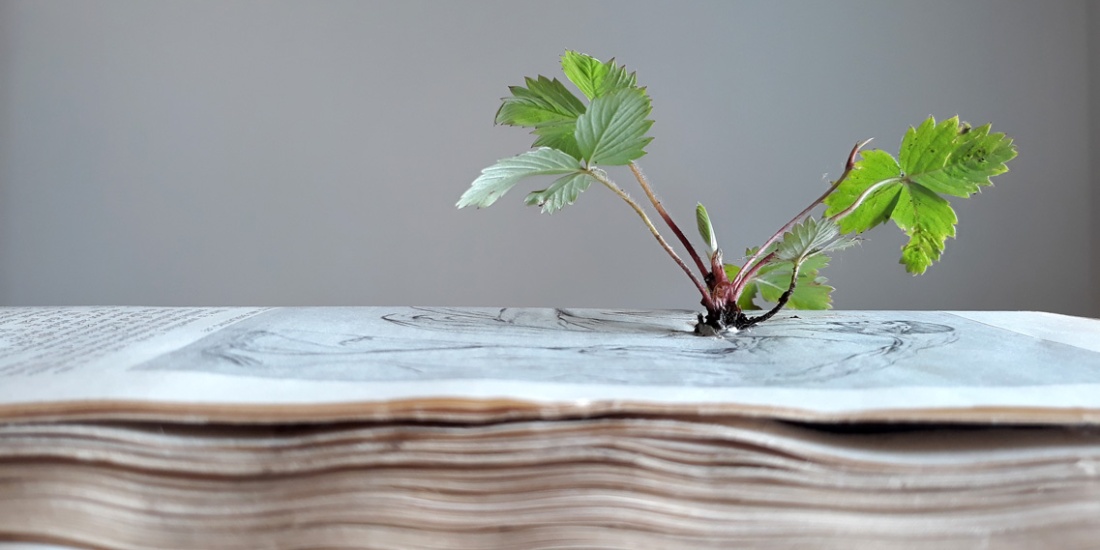 <GIPT> The root of the word gift is the Old Norse ‘gipt’ , which means both ‘gift’ and ‘good luck’. A gift is an item that’s given without any expectation of payment.

A collaboration between Robbie Coleman & Jo Hodges and Norwegian artist Linn Horntvedt that explored ideas around information, ownership of knowledge and gifting. The artists created a series of public interventions which culminated in a temporary garden at the Rundkirkeruinen (ruin of St Olav’s church dating from 1180). The garden was built from an open source design and cultivated culinary plants that were grown at medieval St Olav’s Monastery. The plants were for the use of the local community.

The project acted as a connector between past and future. In an age defined by issues of ownership of land, information, ideas, even seeds, <Gipt> investigated alternative models of distribution and provoked conversations about what social values and actions may be needed in times of change. As long held notions of society are challenged by climate change, consumerism and the onward rush of technology, will ‘sharing’ become one of the most politically charged words in our vocabulary?

The  <Gipt> garden aimed to provide a space for contemplation as well as for open conversations about future uses of the site.

In collaboration with Per Arvid Åsen (Agder Natural History Museum and Botanical Garden, Kristiansand, Norway) the artists identified and planted seeds of plants that would have been grown at St Olav’s Monastery. Per Arvid kindly donated plants for the garden and led a walk and talk on medieval plants during July 2019.

The <GIPT> artists designed seed packets that contained seeds from the type of plants that were grown in the St Olav’s Monastery garden in the 11th century. The packets also contained information on how to save the seeds from the plants and instructions for social actions that explored notions of sharing and generosity.

The artists also made a small exhibition in the library connecting knowledge with seeds and growth.

The garden was built at the centre of the ruin of St Olavs Curch church (built 1191) which is directly opposite the Tønsberg and Færder Library (which contains the monastery ruins) More on St Olav’s Monastery and Church The <GIPT> open source garden was located on this site of learning and contemplation which in medieval times was a place of privilege. The current library is an open access public building and the garden was open source and open access which allowed consideration of differences between past and present and also exploration of ideas around ownership of knowledge.

The garden was situated at the centre of the ruins of the round church. It was planted with plants grown by the artists and donated by the local community. There was a seated area inside which acted as a place of rest and contemplation.

The garden was designed by Project 10 and is open source https:// space10.io/project/the-growroom Linn milled the parts at a workshop in Oslo and it was constructed at a Dugnad (community activity) before the opening on 15th June.

The garden opened on 15th June by the Mayor of Tonsberg and included a talk by local historian Eivind Luthenand a ceremony led by the Norwegian Sauna Ritual champion, Jérôme Richter

‘The Flowering’ is a choral work that was created from scores generated by the <GIPT> artists. The scores were the result of a digital interpretation of a number of medicinal and culinary herbs that were grown at St Olav’s Monastery using illustrations from an 11th century medieval manuscript. The illustrations were digitized and the data transposed into musical notations using specialised software.

The performance was developed at a day long workshop led by composer Kate Howard (http://cairnchorus.co.uk/) and took place in Moniaive, Scotland. The workshop culminated in a performance that was relayed into the Rundkirkeruinen at 3pm on the 15th of June to coincide with the opening of the <GIPT> Garden.

Part of the score was made into a piece for the town bells by Jo Hodges. The bells sounded the score at 3pm every day while the garden was in situ from 15th June to 31st August.

15th June: The Garden opened for people to visit and was in situ until 31 August 2019. There was a seated space inside for rest and contemplation. As the plants grew, they were able to be picked and used for cooking by the local community.

Sharing : Gifting and exchange
Ideas : How they are shared, evolve and travel
Open Source : A way of sharing ideas
Seeds : A shared human resource
‘Seeding’ new terrains : Creation and sharing of a new garden for community use
Contemplation: Sharing how we think about contemporary issues

At the core of <GIPT> is an attempt to provide a counter narrative to the embedded processes of current cultural and economic systems. The driving force of the free market system is to expand and grow in order to maximize profit and to control access to ideas and resources through patenting and copyrighting. Does this economic drive, while providing material comforts and wealth for some of the world’s population, mean that we have lost ways of relating that may be vital to adapting to rapidchange in the world? Do we need to revive old ways or find new ways of being and acting? Do we need to rethink our relationships with each other in order to survive and thrive? <GIPT> explores other systems that value community and generosity over individualism and personal financial gain.

Through experiments inviting generosity and participation that draw from ideas and practices such as Open Source and dugnad, <GIPT> gently critiques both historical and contemporary systems and asks if and how things could be different. Drawing from Tønsbergs past, <GIPT> uses the Rundkirkeruinen as context as well as the history of the site as a crossroad of two important pilgrimage routes. The project also works with the current Tønsberg library as a public site of information and knowledge exchange. Do the monastery ruins retain relevance in contemporary Tønsberg? The public library physically contains the monastery ruins and retains some of the functions of the monastery library (storing knowledge and culture) however unlike St Olav’s monastery which restricted learning to a privilegedfew, the Tønsberg public library has open access at its very core; collecting, storing and disseminating

knowledge and information to a wide public. The <GIPT> project considers if traces from the medieval monastery system still resonate today; are there elements from the past that should be kept, and should some things be left behind? Is there value in creating new links between Tønsberg and its past or do we need new ideas, systems and processes in contemporary life to help us face an uncertain future?

Medieval monasteries such as St Olav’s were holders of knowledge and power and were places of spiritual contemplation. Beautiful gardens were created to aid in the spiritual journeys of the canons (monks), herbs were cultivated for culinary and medicinal use and crops were grown for food. Seeds were of prime importance to the canons as well as to the surrounding community and seeds were stored and widely shared and traded. During the recent history of the 20th and 21st centuries however, we have seen the expansion of intellectual property rights over crop genetic resources (privately owned, patented and legally restricted seeds) by large conglomerates, which has created uncertainty for the future of global agriculture. Rising awareness of reduction in the genetic diversity of crop seeds and the debate over ownership of these resources has led to the establishment of the Open Source Seed Initiative and seed banks eg. Svalbard Global Seed Vault which see seeds as the common heritage of humanity. <Gipt> uses the context of the site and the plants that were cultivated there in medieval times as a basis for the creation of a series of public interventions and exchanges that use seeds as a metaphor to experiment with ideas; how they move, evolve and how they are shared. By creating open source processes and outputs, <Gipt> offers a counter-narrative to current economic models that have allowed seed privatisation and patenting.

The ‘Garden of Contemporary Contemplation’ itself acts as a ‘seed’ for ideas that include planting the Rundkirkeruinen with a monastery garden as part a series of civic developments planned for Tønsberg. The open source design of the <GIPT> garden and its use as a shared resource aim to provide a space for open conversations about future uses of the site.

Thanks to the <GIPT> Collaborators: